skip to main | skip to sidebar

No I haven't been accused of molestation, but I was required to intervene when some inappropriate and unwanted groping was taking place on the tube last week. It was all very distasteful.

Time seems to be in as short supply as ever as I try to balance work, study, singing practice and socialising, but things are panning out nicely. Preparing for our first outdoor performance, the Benetton singers prepare almost religiously (on our knees or drinking wine), arguing about harmonies, rhythms, backing vocals and my increasingly bizarre eating habits. We are a passionate trio, but my current spell of veganism seems to impact on any get together as snacking and boozing is a little bit tricky. It's the fish in the wine that ruiins it all...

And the studying is going well as I continue to learn Japanese with my private tutor. We work with a textbook and practice conversation which usually ends in me asking, "how does you say 'his eye was all mushy and smashed looking'", or, "how do you say 'it was as if she'd eaten a black girl was screaming for help from inside her."

The Swedish obsession has continued with a further Schlager party where my skills of playing hard-to-get ended up with the usual playing stuck-on-the-shelf. But it didn't matter, because after about 45 minutes of horrid techno remixes, they played the majestic "Vågar du, vågar jag" and followed it with "Piccadilly Circus" and "Högt över Havet". This is the holy trilogy of schlager. At least to me.

And then last weekend was a Swedish pop extravaganza at that subtly-named club for homosexuals, G.A.Y. The night was a historical look at the ongoing career of Swedish artist/ producer Alexander Bard, featuring reunion of Alcazar, a band he developed and produced, and climaxing with a performance by Bodies Without Organs, his latest project. However, the opener was what I'd wanted to see. As a teenager at school I'd fallen in love with an obscenely weird Swedish group. Their songs were clever, mad and controversial, their behaviour sexual and overwraught and their look was regency royalty, nappies and tarts. "Crucified" was their only hit in the UK, but it was the first of many across Europe including the majestic "Israelism" which was banned in Germany but went to no.1 in Israel. Unfortunately, last Saturday, they mimed to Crucified with the band members throwing about a black blow-up sex doll in reference to the group's first female vocalist, La Camilla, before going off stage to make way for Alcazar. But it was still great to finally see them...
Posted by Chris C at 9:05 pm 6 comments:

Slice and dice and drain for approximately 9 and a 1/2 hours.

The home surgery incident was born of long-term irritation about a skin tag on my inside leg. At 7:40 one early June morning I decided to take drastic action.

I grabbed the scissors.

And as blood flowed down my leg, I thought, "oh, it'll be like having cut myself shaving. A shower will stop this too."

What ensued was a 9 and a half hour frenzy of wound-packing, plasters, clothes changing and trips to hospital. The first trip to a minor-injuries unit was rather dramatic as blood continued to pour forth and expensive dressings couldn't stem the flow. It all ended rather dramatically with the nurse stating that I had lost too much blood and needed to go straight and insisting I went to Accident and Emergency. Oh dear.

I walked home, slightly dizzy and rather more than embarrassed, wondering if I should give up on home surgery or get some sand-paper and a stanley knife and set about giving myself that nose-job I've always hankered after...
Posted by Chris C at 10:16 pm No comments:

The dos and don'ts of home surgery.

I say this because I wish I had been similarly warned...
Posted by Chris C at 12:42 pm 2 comments:

So Eurovision is over for 2007. Or at least you'd think it was, given that the contest was on Saturday night and Serbia won. End of. Game over.

Well not this year it isn't.

Serbia won the contest beating Verka Serduchka, the Ukrainian tranny, into second place. Serbia's entrant proved that Europe can look beyond appearances and see inner beauty. However I can't. She is Europe's most not-pretty woman. And she was humourless too. While stood next to Denmark's entrant, the drag dueen DQ (who was bedecked in a sparkly pink mini-dress and feathered head-dress) she started babbling on about how it was "all about the music" and "it's not performance and show that matters". Yes, love, it is. If performance didn't matter, why did you, a rather not-good-looking lesbian, insist on having five L'Oreal sponsored lovelies pawing you throughout the duration of your song? Eh? EH?

Anyway, she won and the song was boring but Europe loved it.

But it doesn't end there.

The show was dogged by claims of political voting. Every Turk in Europe voted for Turkey even though the song was the rubbish. The Greeks did the same. Russia voted for all it's ex-territories and they all responded. The ex-Yugoslavs all voted for each other and neighbours Greece and Albania. Malta is protesting. They were most upset at not hitting the final despite being the favourite. They are leading calls for a review of Eastern European voting as there are concerns the televote is unreliable. And they've accused others of vote swapping. And in the Netherlands, members of the Dutch parliament have proposed a new contest only for EU members (although a large proportion of the offending Eastern European countries are now in the EU so that's really no answer). Ireland is thinking about pulling out altogether. UK newspapers have been slamming the contest, despite none of them having clearly watched it (a Daily Mail columnist today claimed the Serbian singer couldn't sing when she clearly has a huge talent). And our MPs are also discussing it. In parliament.

And the best bit?

Seven songs from the contest have hit the UK midweek charts, a situation which has never happened before. Indeed, it's usually enough of an ordeal for our own entry to hit the charts. i-Tunes is solely responsible. This Sunday Scooch should stay in the top 5, Verka Serduchka is predicted to hit around no. 18, Russia's Serebro are due to hit inside the top 60 while Sweden's The Ark, Finland's Hanna Pakarinen, and the winner herself, Marija Serifovic and Sarbel who sang for Greece all have their entries in the top 75 as we speak.

And there's more:
Verka's Serduchka's in trouble with the Eurovision organisers. Having denied for months that she was singing "Russia Goodbye", instead singing "Lasha Tumbai" (which she claimed meant "whipped cream" in Mongolian), Verka clearly sang "Russia Goodbye" in her performance at the contest. This is highly controversial what with current tensions in that region and with the Eurovision being- ahem- non-political. Yet the Russians still gave her 12 points because she was simply breathtaking. The Eurovision organisers are yet to decide what action to take.

There is only one thing left to say on the matter:


If you want to read any of this information from it's original source, please head over to ESCtoday.com
Posted by Chris C at 10:27 pm 1 comment:

Malta is out! Switzerland is out! Cyprus is out! The Netherlands are out! Israel is out!

The Eurovision semi-final was controversial once again. Two of the favourites were booted out as well as a number of other highly regarded songs that scored highly on internet polls and with bookies, but not, it seems with the European public. Fuelling the controversy is the fact that (if you include Turkey) the 10 qualifing countries came from Eastern Europe (although technically Georgia is in Asia). The strange thing is that they weren't even the good songs from Eastern Europe. Estonia had a great song and it didn't get through. The Former Yugoslav Republic of Macedonia had a rubbish song but made it. What is going on?

I am angry. Malta's entrant was great and had the best song of the whole contest and clearly should have won the whole thing. Cyprus' song should have come 2nd and gone on to become a European smash.

What happens on Saturday is anyone's guess. Although the winner will most likely be Verka Seduchka for the Ukraine or the girl who looks like Kelly Osbourne with Downs Syndrome for Serbia. If that slur is unkind to anyone, it is to people with Downs Syndrome.

That Sweden will win or Scooch get in the top 10 seems highly unlikely now, but maybe tonight a miracle will happen.
Posted by Chris C at 4:21 pm 1 comment:

A walk in the gardens.

Kew Gardens to be precise. 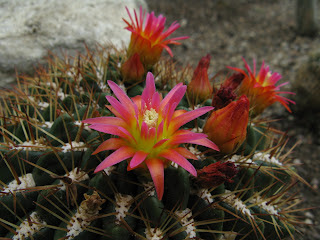 Juliette has just come back from holiday in Japan and we decided to spend the day catching up in Kew Gardens. Juliette is a member, so I got to go in for free (hurrah!). It's a huge place with all sorts of funny plants, indeed we spent 6 hours looking at things and there's still much more to see. 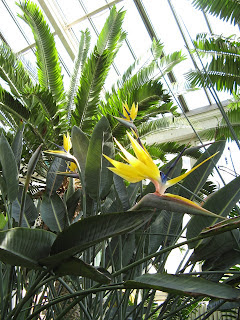 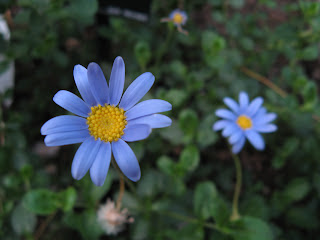 Switzerland seems to think so.

Last night the Eurovision mania continued with a second trip to Retro Bar, this time for the mock Final. They added the semi-finalists picked weeks ago to those artists already qualified and we drank, watched and voted.

The crowds awarded their points and the bookies' favourites appeared to coincide with the crowd's.

Switzerland and Sweden picked up top points, but on a back-count victory was awarded to Switzerland. It's not very good though. Should have been Malta.

And after the results, the DJ played some lovely Eurovision music and I finally realised I am a Eurovision anorak. I knew all the words to all the songs, who sang them, which contest they were in etc. But I gained a mini-fan club thanks to interprative dance. I am now invited to umpteen Eurovision parties, but as per tradition, shall be watching it at home. 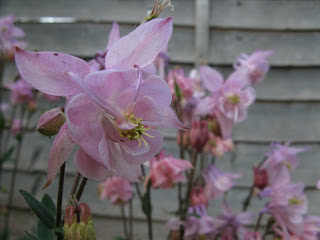 These last 10 days without a camera have been rather difficult. It reminds me of when (after 24 years) I first stopped wearing glasses. I felt naked. And like I'd premanently forgotten something.

So after approximately 11 days of waiting I bought myself a new one.

Chris C
My name is Chris. I am an English person. I took all these pictures. They're mine. MINE! OK?

People who never were